Detroit Retirees Vow to Fight on 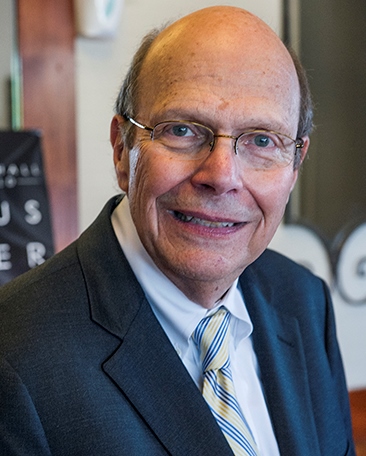 DETROIT—William Davis, president of the Detroit Active and Retired Employees Association (DAREA), says he is not at all discouraged by U.S. District Court Judge Bernard Friedman’s dismissal Sept. 29 of his appeal of the Detroit bankruptcy plan, along with four similar appeals filed by other  retiree groups.

Davis’ appeal had asked  that cuts to retirees’ pensions and benefits be nullified, on grounds that they violated Art. 9, Sec. 24 of the Michigan State Constitution, which states public retiree pensions cannot be “diminished or impaired,” as well as provisions of the U.S. Bankruptcy Code.

The Illinois State Supreme Court recently ruled vigorously against cuts to state retirees’ pensions and benefits  based on an almost identical clause in that state’s constitution. The Court held the Constitution represented “the will of the people,” and could not be challenged.

“It really wasn’t a surprise,” Davis said. “We are going to continue to fight, exercising all our options in further appeals. I still think the whole thing is racial. The bankruptcy defrauded poor people and Black and Brown people and they just don’t care. Even if Friedman ruled in our favor, the city would have appealed. This changes nothing. The battle continues. It just gives us more time to raise money and recruit more people. We recently did a mail-out to over 12,000 Detroit retirees.” 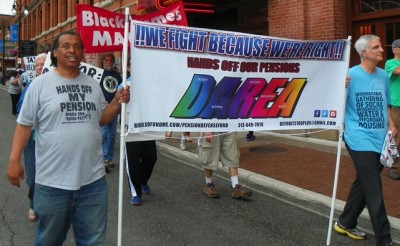 Davis thus disagreed with the Detroit Free Press’s headline claim that the “appeal was the final challenge to the plan of adjustment.”

“We’re pleased that Judge Friedman granted the city’s motions, and we are well under way onto delivering better city services to our residents in the post-bankruptcy world,” Hollowell told Helms. “This does, in fact, close out all of the appeals as they relate to the plan of adjustment.”

“Rhodes is becoming very popular with Jones Day, making money on speaking engagements,” Davis said. “He has been recommended to be an advisor in a likely Puerto Rico bankruptcy case. Rhodes should have recused himself because of his involvement with the pro-bankruptcy parties at a public forum a year before the trial. Giving him and Rosen awards is like the French Vichy government which sided with Hitler’s Nazis in World War II giving awards to other collaborationists after the war.” 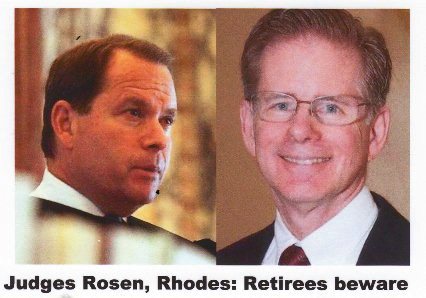 Davis noted that Rosen said he thought retirees should have taken deeper cuts than the 4.5% slash in their pensions, the raiding of their Annuity Savings Funds, the loss of COLA and impairment of health care, which amounted to a total of $7 billion in losses.

“It sounds to me like Rosen doesn’t really believe that public workers should get pensions at all,” Davis said.

In his ruling, (link below story), Friedman upheld the city’s motion to dismiss the appeal primarily on the grounds of “constitutional and equitable mootness.”

“He only addressed the question of ‘equitable mootness,’” noted attorney Jerome Goldberg. “Strangely, he did not address the issue of constitutional mootness at all which [was] certainly argued in [Davis’] motion response, showing what a perfunctory analysis was done.” 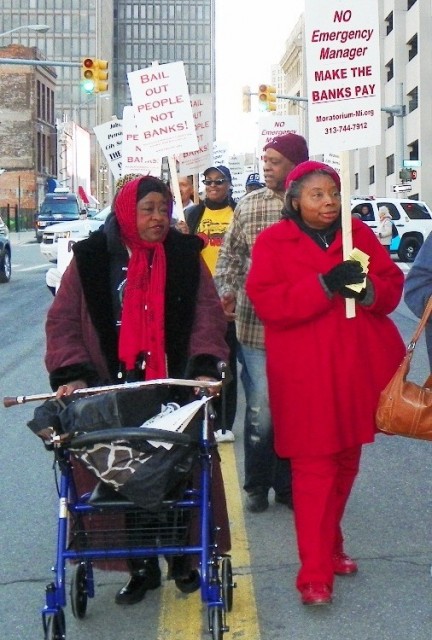 Friedman said, “The Court disagrees with appellant’s [Davis’] suggestion that requiring the City to unimpair approximately $1.9 billion in GRS [General Retirement System] Pension Claims would not “produce a ‘perverse’ outcome–‘chaos in the bankruptcy court’ from a plan in tatters and/or significant ‘injury to third parties,’” Friedman ruled.” The relief appellant requests–sending the City back to square one to keep pensions intact–would require “nothing less than a wholesale annihilation of the Plan.’…. Having concluded that this appeal is equitably moot, the Court finds it unnecessary to address the City’s secondary argument that the appeal is also constitutionally moot.”

“Appellant suggests that the City could avoid disturbing the Plan by making up for the funding deficit by applying for federal funds for blight remediation and “go[ing] after major banks, whose predatory lending policies led to the destruction of neighborhoods throughout Detroit.”

Davis’ appeal noted that Chapter 9 bankruptcies are almost never held to be irrevocable, unlike bankruptcies involving corporations and individuals (Chapter 11 and Chapter 7). 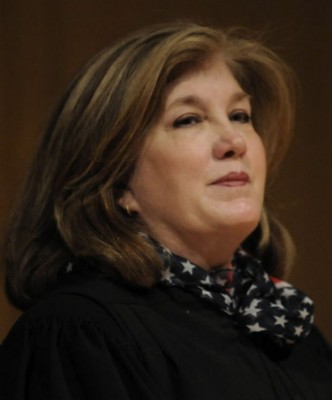 In that case, Jefferson County sewage ratepayers appealed a County Chapter 9 bankruptcy confirmation plan which ordered increases in monthly sewage rate payments from $63 to over $360.

“The Ratepayers argue that they are creditors of Jefferson County because they overpaid for sewer services insomuch as the rates they paid incorporated the cost of $1.63 billion in Retired Sewer Warrants that they argue were void (or voidable) because they were obtained through bribery and corruption,” Judge Blackburn said in her opinion.

“Instead of the bankruptcy court enforcing the collection of sewer fees for the next forty years . . .the Ratepayers propose that the County comply with the demands of Amendment 73 to the Alabama Constitution and secure voter approval of new sewer warrants that would replace the old ones.” 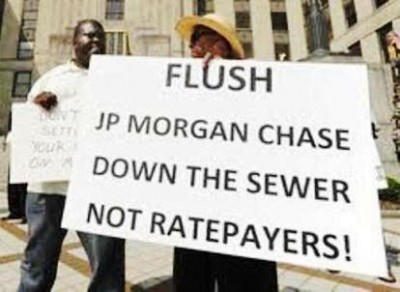 (Jefferson County’s “corrupt” sewer warrants resemble Detroit’s $1.5 billion Pension Obligation Certificate loans of 2005-06, which grew to $2.8 billion with default and interest charges. They should have been proposed as bond debt subject to state debt limits and voter approval, even according to EM Orr, who called them “void ab initio, illegal and unenforceable,” in a lawsuit before Rhodes, which Rhodes threw out before confirming the bankruptcy plan and impairing retirees instead.)

Judge Blackburn held, “This court finds that “equitable mootness” is not applicable in a Chapter 9 appeal challenging terms of the Confirmation Order as unconstitutional . . .

In 1977, the House Report on the new Bankruptcy Act identified “two major differences [between Chapter 9, municipal reorganization, and Chapter 11,] general reorganization law: first, the law must be sensitive to the issue of the sovereignty of the States; [and] second, a municipality is generally not a business enterprise operating for profit, and there are no stockholders.”

She stated further, “The policy underlying Chapter 9 “’is not future profit, but rather continued provision of public services.’”

Rhodes coldly said in his ruling a year earlier, “Michigan law does not permit a municipality to base its water rates on ability to pay. Rather, as noted above, M.C.L. § 141.121 requires a municipality to set water rates at the reasonable cost of delivering the service. Nothing in the case law suggests that it is unconstitutional for state law to require a municipality to fix the price of a service according to the cost of providing it rather than ability to pay. The Court therefore reaffirms its previous conclusion that there is no constitutional or fundamental right either to affordable water service or to an affordable payment plan for account arrearages.” 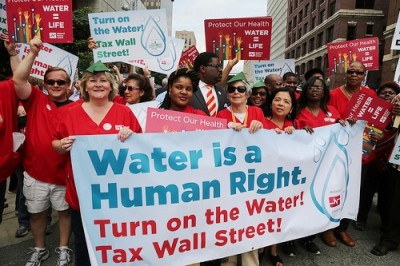 Friedman agreed entirely. Ironically, he said ” In a municipal bankruptcy such as this, the code states that “unless the debtor consents or the plan so provides, the [bankruptcy] court may not, by any stay, order, or decree, in the case or otherwise, interfere with (1) any of the political or governmental powers of the debtor; (2) any of the property or revenues of the debtor; or (3) the debtor’s use or enjoyment of any income-producing property.” 11 U.S.C. § 904. As the Detroit Water and Sewerage Department is an arm of the City of Detroit, and the City did not consent to the requested relief or agree to it in the plan, the Bankruptcy Court could not have awarded any of the relief plaintiffs seek without violating § 904.”

Rhodes recognized Emergency Manager Kevyn Orr as the City of Detroit at the outset of bankruptcy proceedings. Under 11 U.S.C. § 904, Orr gave broad consent to stripping the city of its major assets, including the Detroit Water & Sewerage Department and the art collection in the Detroit Institute of Arts, actions that have not taken place in other bankruptcies. Chapter 9 has long been construed as  to protect the assets of governmental entities from the claims of creditors.

To comply with the UN declaration that “water is a human right,” all Orr and later Mayor Mike Duggan, had to do was consent to end Detroit’s practice of massive water shut-offs.